All buildings are subjected to forces which cause them to move. Since the materials of a building do not have sufficient strength to absorb these movements, the building is divided into smaller independent structures. This limits the stress on any one part of the building. 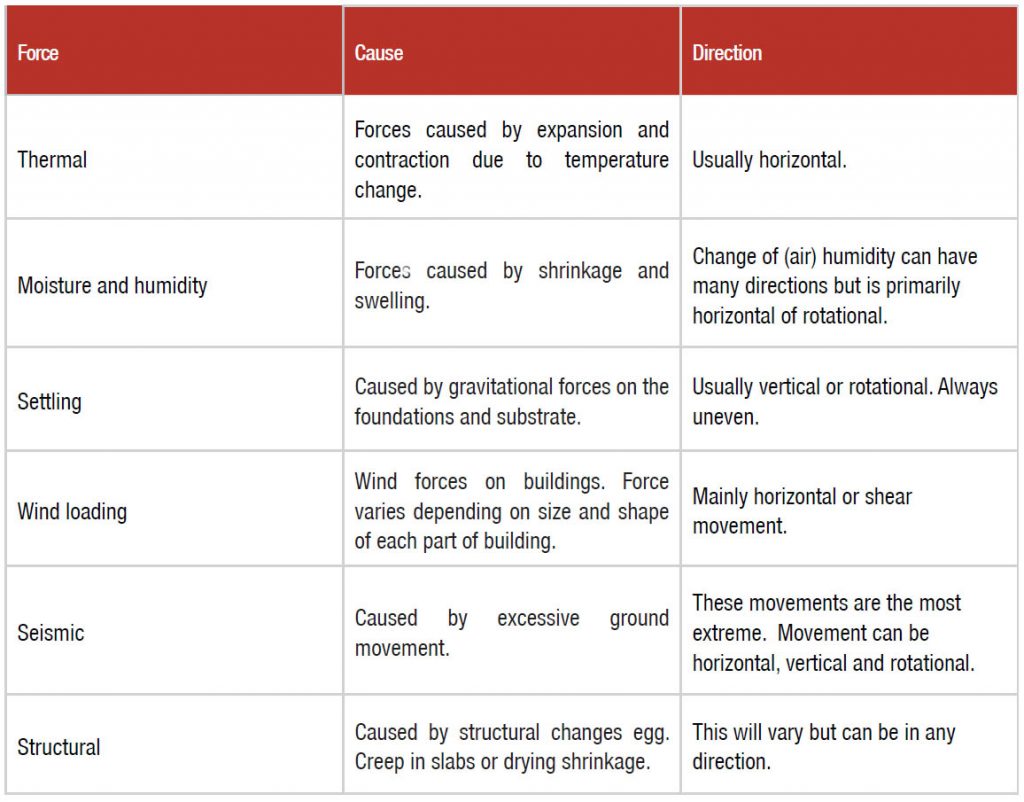 At low temperature the above structure will show deformation.

At high temperature the above structure will show deformation